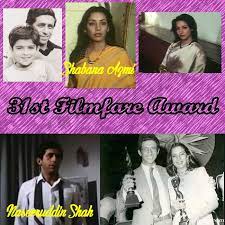 The Filmfare Awards are a set of awards that honour artistic and technical excellence in the Hindi-language film industry of India. The Filmfare ceremony is one of the most famous film events in India. The awards were first introduced by the Filmfare magazine of The Times Group in 1954, the same year as the National Film Awards. In this article you will be reading about the Filmfare Awards took place during the 1980s.