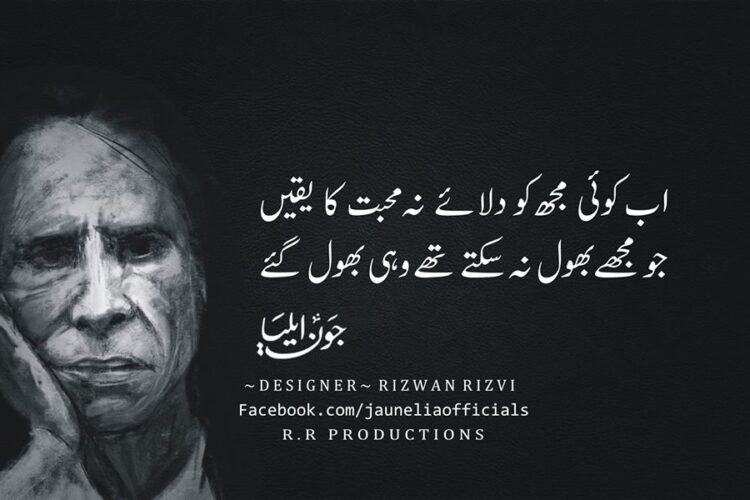 Syed Sibt-e-Asghar commonly known as Jaun Elia was born on the 14th of December, 1931 and produced wonderful pieces of art until his demise in 2002 on the 8th of November. He was not only a distinguished Urdu poet but he was also a philosopher, biographer and scholar. He was also an editor and translator. He was not the only creative one in his family, his brother; Rais Amrohvi was a well-known journalist and philosopher. His other brother, Syed Muhammad Taqi was a very popular Psychoanalyst as well as a journalist. Jaun Elia married Zahida Hina who was a very popular columnist. Jaun Elia, other than possessing all these abilities and such a rich background, also had an exceptional ability to speak various languages, some of which included Arabic, English, Persian, Sanskrit and Hebrew.